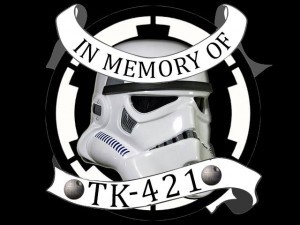 It was a sunny Friday evening,  Firebirds singing, cobra's hissing.

7 innings of well pitched ball by both teams. Bigg's for the Cobra's went 7, and scored one of the 2 cobra runs. Big Bad Boy Billy Boscher got the Win in 7, allowing 2 ER on 4 hits, with 8K, he walked less people then there are B's in his name. Bill also crushed a double to somewhere (I didn't see it, but with his wheels it had to be far...), and scored the first run. Highlights of the game included 2 great outfield plays in the first inning, throwing cobra's out at 2nd and 1st, preventing 2 hits, Vinny threw a laser to first from RF to get the 3rd out. Yoshi and TK both padded the SB stats with 2 each.

Now to the bottom of the 7th, game is tied at 2..lights are blazing(and low enough to blind most infielders), beers are cold and waiting. Lead off is the  new Firebird Tim "TK-421" Kim, TK showed he was the fastest Stormtrooper out there, streaking up the line to beat the throw for an infield hit, then 2 SB in one pitch..he was sitting at third.. with 2 out. The truly studley, modest yet magnificent Jason (the author) hit a hard grounder to 2b. Jason unhitched the wagon and raised a little dust on the first base line to just sneak in a Walk-Off RBI single.

2nd walk off win for the birds over the Cobra’s this season!

COMMENTS
This article has No Comments.
Be the first to add your comments!
Click the "Post a New Comment" button below.
firstname lastname commented Just Now
×
"body"


Inappropriate comments will be removed by League and Team Managers.

External links are provided for reference purposes. Firebirds is not responsible for the content of external Internet sites.
Copyright Firebirds All rights Reserved.
Sports League Management Software by LeagueToolbox